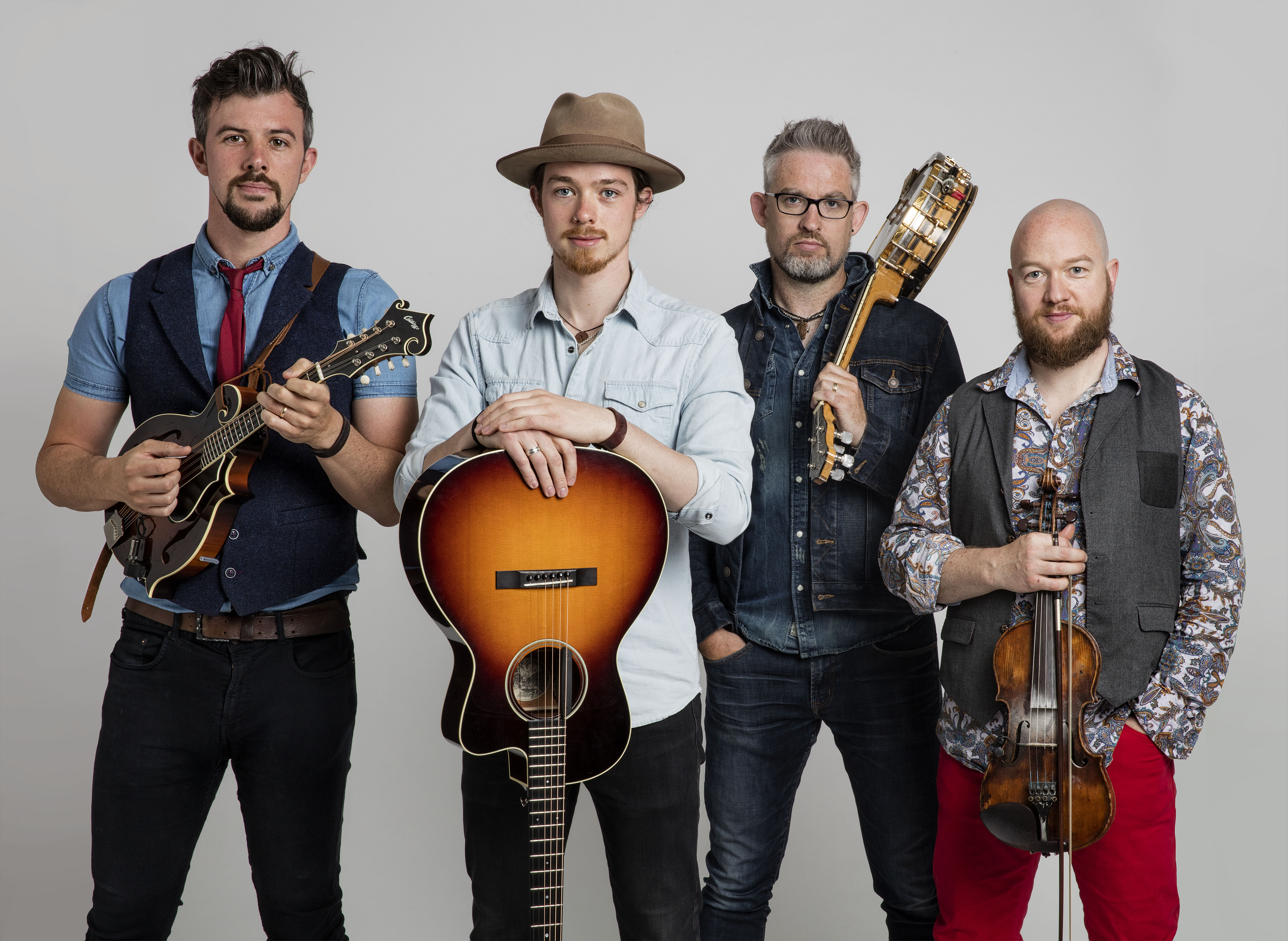 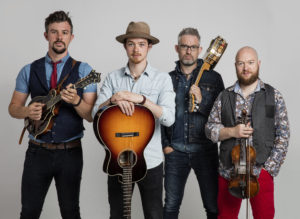 We Banjo 3 is one of the most prolific and exciting bands to emerge from Ireland in recent years. Featuring banjo, fiddle, mandolin, guitar, percussion and beautiful harmonies, this Galway and Nashville based quartet comprises two sets of brothers, Enda & Fergal Scahill and Martin & David Howley, who collectively hold over a dozen “All Ireland” titles and are among the most revered musicians in Ireland today.

We Banjo 3 released their fourth studio recording, Haven, on July 27, 2018, as the follow up to their highly-acclaimed 2016 release, String Theory, which went to # 1 on Billboard’s World Music Chart.

Haven reached # 1 on Billboard’s Bluegrass Chart the week of August 13th, as well as making many other charts, and was # 1 again the week of November 4th (over Steve Martin and The Steep Canyon Rangers, Punch Brothers and Old Crow Medicine Show). The video for the first single “Light In The Sky” premiered on CMT.com on August 30th and is receiving airplay on outlets around the U.S.

Haven has received rave reviews including 4 STARS from Irish Times. AXS.com said, “Their blend of Celtic and bluegrass with dashes of folk-pop, and country is perfectly suited for the Americana scene. Their songs fall comfortably into The Lumineers style of earnest folk pop anthems.”

RTE Radio 1 (the Irish equivalent to the BBC) named Haven “Folk Album of 2018” at their annual awards show. We Banjo 3 has developed a loyal following in the U.S., Ireland and other parts of the world, winning over audiences at major music festivals, such as Merlefest, and prestigious venues with their joyous, engaging live show. In a review of this year’s ROMP festival, Semi-Bluegrass said, “Probably my favorite set of the week, and arguably the most engaging and entertaining was the get-on-your-feet CeltGrass performance of Ireland’s We Banjo 3. The band drew fans to the front of the stage like iron filings to a magnet and their energy and enthusiasm rippled through the crowd setting the stage for a great night of music. When they come around your neck of the woods, go see them…you owe it to yourself.”