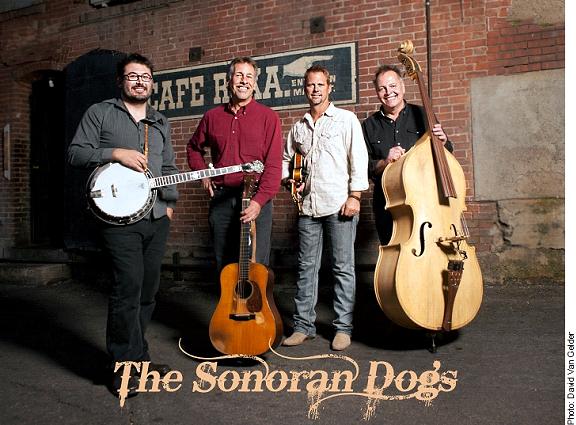 Since their first performance in 2011, The Sonoran Dogs have become a mainstay in the southwest bluegrass scene, headlining the Tucson Folk Festival in 2014, the Prescott Bluegrass Festival in both 2014 and 2015, the Frontier Folk Festival in Cedar City, Utah in 2016, and the Laguna Beach Bluegrass Festival in 2016.  They have also performed at many other California bluegrass festivals including Summergrass, Susanville, Parkfield, and Blythe, as well as Northern Nevada’s Bower’s Mansion Festival, Colorado’s Fruita Fall Festival, and Bluegrass on the Beach at Lake Havasu.

The group is made up of seasoned music veterans who share an interest in bluegrass and Americana music.  Their first CD was released on Dog Boy Records in September, 2014 and includes a collection of original compositions, traditional bluegrass standards, new-grass, and Americana.  Their second CD is slated for release in fall of 2016 just in time for their upcoming Australia tour this November and December.  The band features Mark Miracle on mandolin and vocals, Brian Davies on bass and vocals, Tyler James on banjo, Nick Coventry on fiddle, and National Flatpicking Guitar Champion Peter McLaughlin on guitar and vocals.