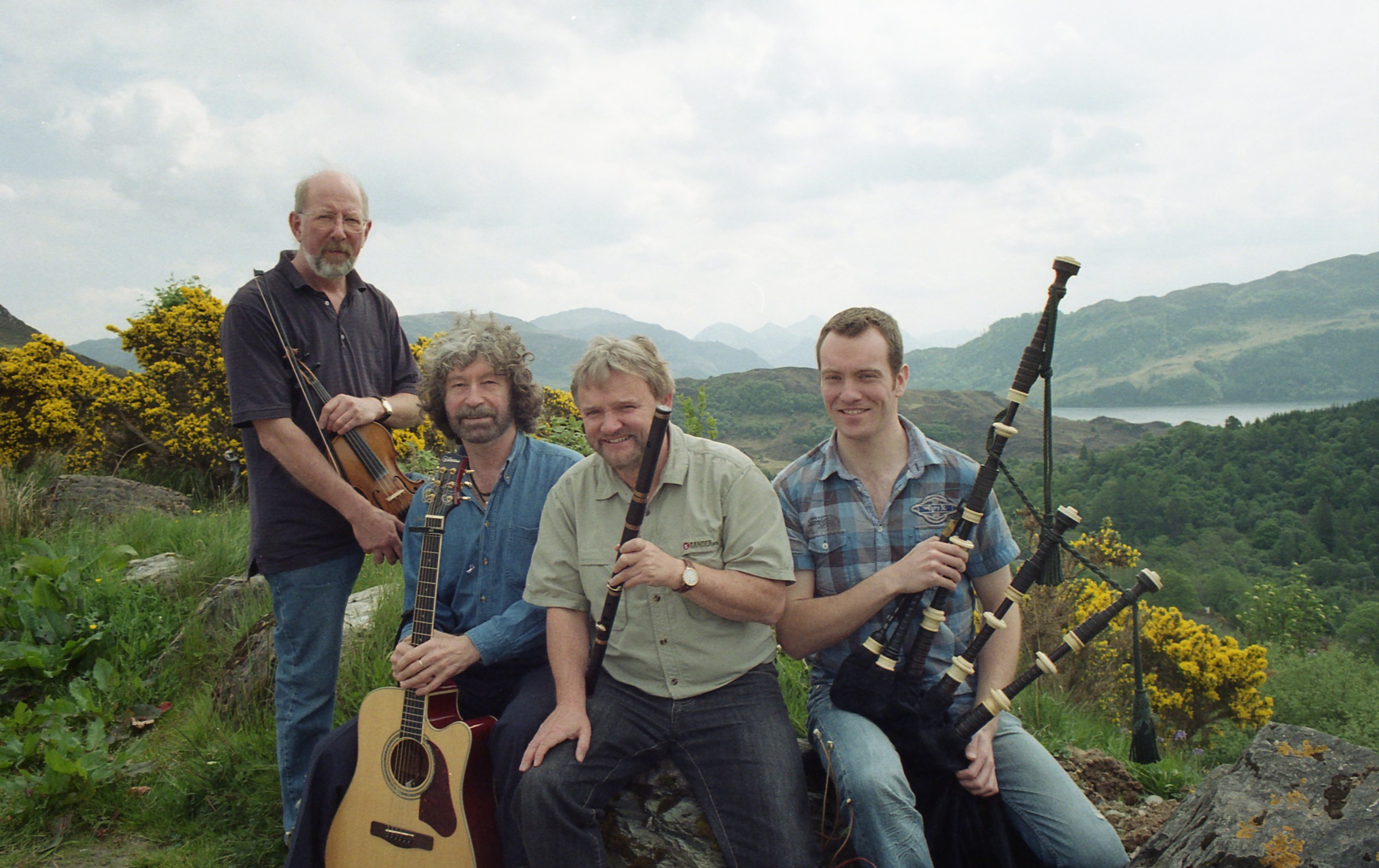 Living Traditions Presentations is excited to start its 9th season with not one, but TWO amazing Scottish bands on September 22, 2013 in collaboration with The Orpheum Theater! This night is one not to be missed if you’re a fan of great music. Fans of Old Blind Dogs, The Pogues, and fantastic Celtic music will love to hear both of these Scottish bands!

First you’ll hear Scottish music legends, The Tannahill Weavers! Since their first visit to the United States in 1981, the Tannahills’ unique combination of traditional melodies on pipes, flute and fiddle, driving rhythms on guitar and bouzouki, and powerful three and four part vocal harmonies have taken the musical community by storm. As Garrison Keillor, the host of “Prairie Home Companion”, remarked, “These guys are a bunch of heroes every time they go on tour in the States”. Over the years the Tannies have been trailblazers for Scottish music, and their tight harmonies and powerful, inventive arrangements have won them fans from beyond the folk and Celtic music scenes

With the Tannahill’s induction into the Scottish Traditional Music Hall of Fame in 2011, they are firmly established as one of the premier groups on the concert stage. From reflective ballads to foot-stomping reels and jigs; the variety and range of the material they perform is matched only by their enthusiasm and lively Celtic spirits.

Then you will see Mànran. In just a short period of time, this band has taken Scotland, Europe, and now the United States by storm! Infused with titanic tune-sets and songs ranging from the tender to the colossal, Mànran represents perfectly the fresh, unstoppable sound of modern Gaelic Scotland. From seeing in the New Year as house band on BBC ALBA Hogmanay, to a sellout show at Celtic Connections, a special performance at the London Olympics, and numerous International shows, Mànran is certainly a rising group!

Bringing their own unique blend of Gaelic and English, traditional and contemporary to brand new audiences over the last 12 months, Mànran impress crowds and critics alike. Mànran began their assentation into the traditional music sphere in 2010 when six friends used a powerful combination of Gaelic and English songs with Accordion, Fiddle, Flute and a delicious mix of drum and bass to create an infectious and recognizable sound. Also the only band to use Highland and Uilleann pipes in one lineup, Mànran began to cement themselves as one of the most exciting young groups on the folk circuit.
Sue Wilson (Herald Scotland) wrote: ‘Highland outfit Mànran made their English debut with barnstorming sets on both main stages…leavening their stomp-along power with top-drawer technical prowess and a wealth of distinctive flourishes, including English and Gaelic songs (both traditional and original), twinned Scottish and Irish bagpipes, a penchant for funk and reggae grooves and arrangements that match multi-layered richness with vivid definition.’

The Tannahill Weavers and Mànran will perform September 22, 2013 at 8:00pm at The Orpheum Theater in downtown Flagstaff. Doors will open at 7:00pm. Tickets are $20 in advance and day of show. A limited number of tickets are available for only $12 for students, seniors, children 13 and under, and members of NACHS & FFOTM! Tickets are available at Rainbow’s End, Animas Trading, Olives Wild, and online. Living Traditions Presentations is a 501c-3 non-profit organization that is supported in part by the Arizona Commission on the Arts, which receives support from the State of Arizona and the National Endowment for the Arts, and by BBB Revenues from the City of Flagstaff and Flagstaff Cultural Partners.