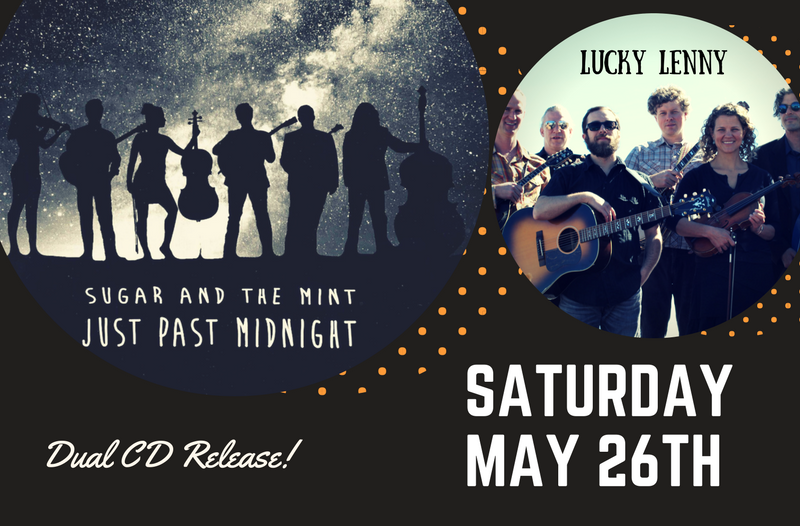 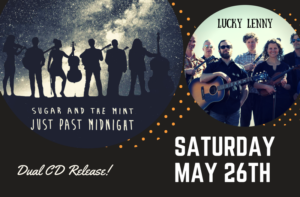 Bios:
Sugar and The Mint is a vibrant young contemporary bluegrass band, and the winner of the prestigious Telluride Bluegrass Festival Band Contest in 2017. (Previous winners include The Dixie Chicks and Greensky Bluegrass.) The band’s album debut show at The Elks Theater on May 19th kicks off their Just Past Midnight Summer Tour, in which they will travel through Arizona, Utah and Colorado, to Telluride’s 2018 Bluegrass Festival, where they will share the stage with Emmylou Harris, Jerry Douglas, Bela Fleck, Chris Thile and many more musical legends.
Sugar & The Mint’s brand-new album, Just Past Midnight, is out May 19th. It will feature several new original songs, along with a reimagining of Bruce Springsteen’s Born to Run, and will showcase the group’s inimitable musical perspective and technical prowess. Between How Far, a tale of toxic love, Overland Drive, a beautiful and tender folk ballad, and Thumper, a toe-tapping bluegrass instrumental, there will be much for any music fan to appreciate.
On May 26th, Sugar & The Mint will perform in Flagstaff at the Orpheum, presenting the release of Just Past Midnight. Come hear Sugar & The Mint perform as they head out on their Summer tour. Wish them luck and pick up their new CD.

Lucky Lenny is a string band based in Flagstaff, AZ. Their debut album, “Going Home” features original compositions with influences of folk, bluegrass, Americana, blues, jazz, and country. Lucky Lenny is standard bluegrass outfit (guitar, fiddle, mandolin, dobro, banjo, and upright bass) yet they span many genres and have a fresh take on traditional styles of music. Lucky Lenny placed 2nd in the 2016 Pickin’ in the Pines band contest and bandleader, Shawn Dennehy is a current finalist in the 2018 Tucson Folk Festival songwriting contest. Lucky Lenny has been touring the region with shows in Arizona, New Mexico, Utah, and Colorado. On December 8th, 2017, Lucky Lenny recorded a concert in front of a live audience. On May 26th, Lucky Lenny will release this show with a live CD titled, “Lucky Lenny, Live!”