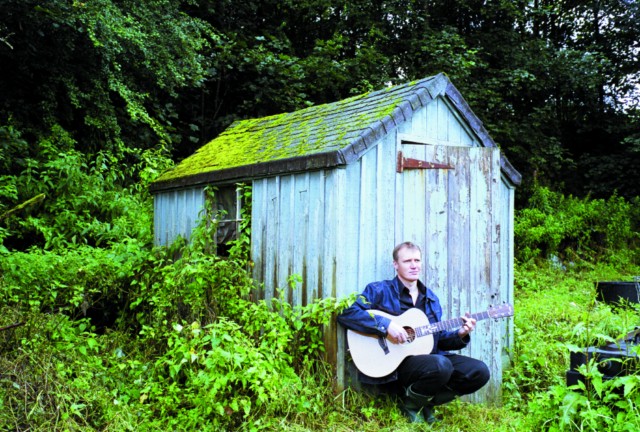 As both singer and songwriter, Jim Malcolm is one of the most distinctive voices in Scottish music, “one of the finest singing voices in Scotland in any style.” He was lead singer of the phenomenal Scottish band Old Blind Dogs for seven years, touring extensively throughout Europe and North America and playing at many of the biggest folk festivals. In 2004, Jim was songwriter of the year in the Scots Trad Music Awards, and he has been nominated three times for Scots Singer of the Year. He has a huge repertoire of songs from the Scottish tradition and is a noted interpreter of Burns. These old songs are complemented by his own original and award winning songs, which are at once completely modern and accessible, yet an authentic addition to the cannon of Scottish music. Jim plays expressive guitar in mainly DADGAD tuning, and simultaneously plays tunes on harmonicas to a standard you’ll seldom hear elsewhere. “Given the right song, he’ll melt you in your seat,” as one critic wrote. What’s more, Jim’s between song wit has developed to an art form all of its own. Not to be missed!