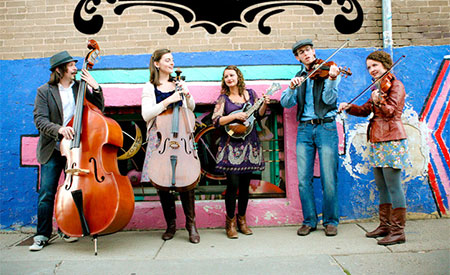 Formed in the summer of 2009, Run Boy Run has emerged as “a prevalent force in the desert music scene.” Run Boy Run won Flagstaff’s own Pickin’ in the Pines band contest in 2010, then went on to win the coveted Telluride Bluegrass Festival Band Contest in 2011. They were the featured performers on A Prairie Home Companion this January.

They have been busy recording a self-titled EP, performing throughout the Southwest, and building a growing catalog of traditional, original, and familiar material.  The unique sound of Run Boy Run is rooted in the traditional music of the Appalachian South. Dynamic, orchestral, and overflowing with beauty, Run Boy Run exists in the tension between tradition and frontier.