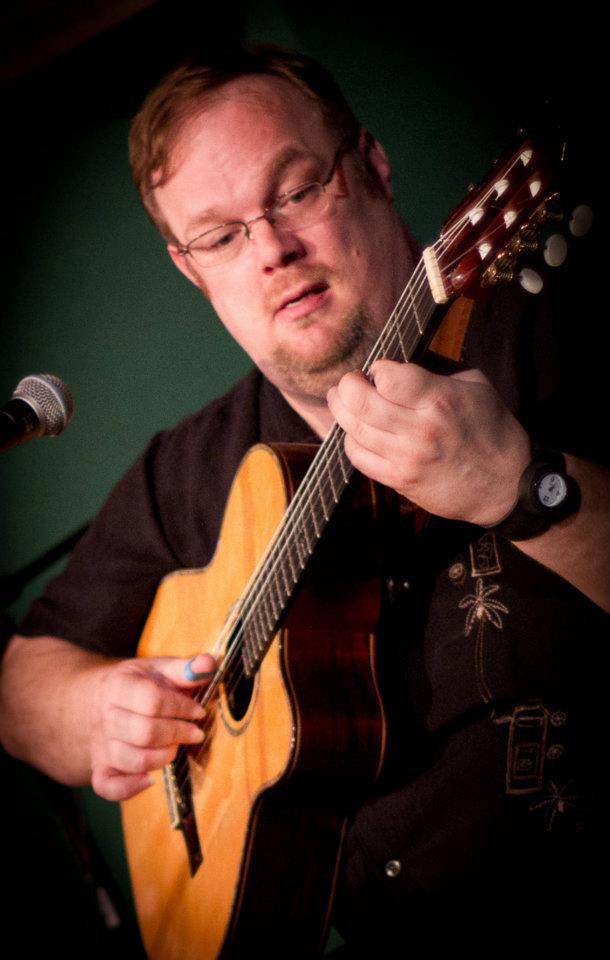 Having witnessed one of his live performances, fellow musicians and music lovers alike sing hymns of praise about world-renowned fingerstyle guitarist Richard Smith. With fretboard fireworks and lyrical endeavors he will melt your heart­strings, get your toes tapping, and make your jaws hang width open. Richard’s ever growing repertoire comprises a wide variety of music from classical Bach to Beatles pop and from Scott Joplin rags to Chet Atkins fingerstyle. He glides effortlessly from Jerry Reed chicken picking’ to Django Rein­hardt gypsy swing. He delivers both lightning fast barn-burners and beautiful ballads, occasionally spiced with vocals.

His incredible stylistic wealth is founded in a lifelong love for music. Born in Be­ckenham, Kent, England in 1971, Richard started playing guitar at age 5 under the instruction of his father. Concentrating initially on the country picking of Chet At­kins and Merle Travis, young Richard digested everything he heard, learning even the most complicated of these tunes with ease, and confounding everyone with his dexterity. It seemed that not only did he possess amazing physical skill, but a photographic musical memory as well. Often, a single hearing was all it took to get a piece under his fingers, using all ten to play bass, rhythm and melody simultaneously and creating a universe of sounds, while easily switching between thumbpicking and flatpicking like hardly anybody else.

“If you like my playing, you should hear Richard Smith! The world champion!”
Tommy Emmanuel AM, CGP (two-time Grammy nominee)

“Guitar playing at its finest. Don’t miss this one.”
Doyle Dykes (thumbpicking wizard)

“He is one of the world’s greatest guitarists.”
Muriel Anderson (All-Star Guitar Night)