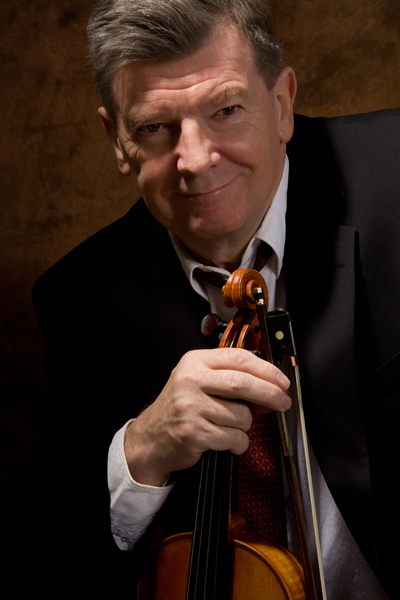 Kevin Burke’s fiddle playing has been at the forefront of traditional music for over 30 years. He has been established as a first class musician ever since his work in the early 1970’s (with such renowned performers as Arlo Guthrie, Christy Moore and the Bothy Band and with his far-reaching solo album, “If the Cap Fits”). During his long musical career Kevin has earned international acclaim in both Europe and America as a solo performer, a teacher and as a member of some of folk music’s foremost groups including the exciting Celtic Fiddle Festival and Ireland’s long admired and respected Patrick Street and he has also become a featured member of Grammy winner Tim O’Brien’s wonderful ‘crossover’ band, “The Crossing”.

Although Kevin has spent much of his life playing in a group context, he has never lost his love for solo fiddle music – the “naked fiddle” as he himself sometimes puts it. This is very evident in his live solo release, “In Concert”, a performance of mostly unaccompanied traditional pieces.

2010 also saw Kevin’s induction to the Oregon Music Hall of Fame. He was very honored to receive such a tribute from his adopted home state.

Comments from the Press

The New York Times describes Kevin as “a superior instrumentalist in any idiom……impressively virtuosic”, The Washington Post writes of his “lyrical style that is always emotionally electric”, and the Irish Times says that “Burke’s fiddling is one of the high spots of the current Irish musical scene”.

Whether solo or accompanied, on record or in concert, Burke is an immensely engaging performer.