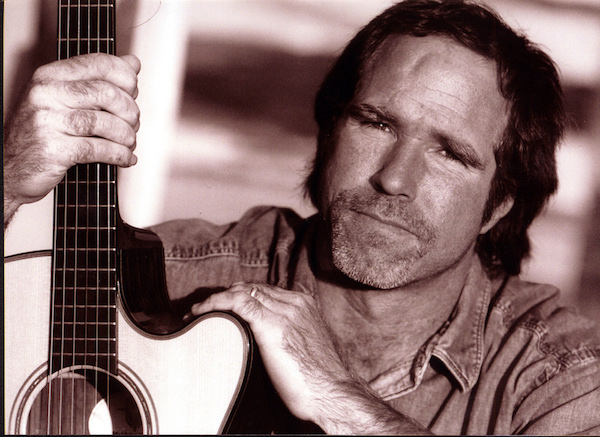 Few among us could distill our essence with such elegant simplicity. We want to deconstruct every line for deeper meaning, but there is no need. What Keith Greeninger brings to music, and life for that matter, is authenticity. As a result, there are no barriers between Keith, his music and his audience. This bond stems from Keith’s underlying philosophy that music is first and foremost a gift and a medicine to take part in together.

As a singer-songwriter, Keith paints intricate portraits of the human condition with powerful melodic images, deep engaging guitar rhythms and husky, heart-wrenching vocals. His masterfully crafted tunes and powerful presence have earned him the top songwriting awards at the prestigious Telluride Blue Grass Festival, The Kerrville Folk Festival and The Napa Valley Folk Festival. Keith has toured the national Folk and Americana circuit extensively for over two decades. He’s performed at festivals and legendary venues, appeared on countless national radio shows, and shared stages with dozens of the country’s best-known artists. Keith’s records and personal appearances have garnered him a legion of devoted fans, and the respect, admiration and appreciation of music critics far and wide.

A fourth generation Northern Californian, Keith grew up at the edge of a rich agricultural region, fondly known as the ‘Valley of Hearts Delight.’ The Santa Clara Valley was quilted with fruit tree orchards and vast open fields – perfect inspiration for a budding vagabond singer-songwriter.

…Silicon chips, they’re not like trees of fruit
They don’t bloom in the springtime
Bring their fruit into the fall
Rubie and Rosie tell me ‘bout it all
– Rubie and Rose

As a young boy Keith would often fall asleep at night with a transistor radio under his pillow. When his grandfather gave him his first guitar, Keith moved from listening to creating his own music quite literally overnight. That transistor radio, his grandfather and that old guitar unleashed what was to be Keith’s lifelong passion for writing and singing – a passion that would only grow with the years.

Another lifelong bond was soon to be sealed when Keith’s family relocated to a home near the great Pacific Ocean. Here, Keith continued to write songs while playing in local bands throughout his high school years in Santa Cruz California. After graduation, Keith packed up his truck and headed for the Mountains of Colorado. Living in a small cabin with no electricity in the hills above Boulder, Keith found a solitude that allowed him to explore his passion for music and song writing even deeper. It was during this time that the thriving cross-pollination of the Boulder music scene introduced him to a whole new genre of acoustic music. What Keith had not counted on, however, was just how deeply the land, and its native people – past and present, would be imprinted upon his soul.

And there’s one heart, you know it’s pounding in the distance
Sometimes it’s all I can hear
Like the beating of hooves upon the cold Northern prairie
Voice of the ancestor just whisperin’ in my ear
– Breaking Through

Using his skills as a carpenter to help support his musical stock and trade, Keith’s travels took him from Colorado to Vermont to Alaska, Central America and back home to his beloved Santa Cruz Mountains. All the while, Keith worked to combine his own personal vision with his strong faith in humanity, justice and the power of nature. Every experience presented new opportunities for his music and his songwriting. Every encounter, every odd job, new city or community all became an integral part of his bittersweet lyrics and acoustic mix of folk and rock. Above all, Keith remained true to himself.

It was at the height of the US backed Contra war in Central America, when Keith traveled to Nicaragua to help build schools and housing for people who had been displaced by the tragic war. This experience enriched and altered the course of his life and his music in a most profound way.

With his days spent building small shelters for the people who lived in the northern mountains, his nights were spent listening to stories and beautiful songs from his fellow local workers — all of whom were glorious compesino’s themselves. Clearly, Keith’s music has been deeply influenced by his work with Native American and Latin cultures, and his songs cut an honest, hard-worn path to places of simple truth about good people holding on to hope and instinct in a world that often tries to strip these things away.

Keith then made his way to San Francisco, California, where he founded the seminal folk and Americana trio, City Folk. Kimball Hurd and Roger Feuer, two multi-talented Bay Area musicians, would join Keith in creating some of the scene’s most soul-stirring three-part harmonies and intricate musical arrangements heard anywhere. City Folk quickly rose to the top of the Bay Area folk scene and was soon enjoying immense popularity on the National Folk and Americana circuits. They performed at festivals, concert halls, and a countless number of watering holes from coast to coast. In a span of six years, City Folk recorded and released three albums and, in 1995, won KFOG’s Best of the Bay music award. That year would also mark the end of City Folk and their final national tour, and a new chapter in Keith’s personal and professional life.

Surrendering to the pull of his Santa Cruz Mountains, Keith built him and his wife a small home there where they could live in peace while growing their family. 1997 marked the birth of their first child and the release of Keith’s first solo album, Wind River Crossing. The record included musical contributions by well-known artist like Flaco Jimenez, Peter Michael Escovido and Martin Simpson. Wind River Crossing earned rave reviews from critics and fans alike for its stunning artistry and soul. It contains rich, fearless and compelling examples of classic songwriting, presented with deep conviction and humanity.

This is my religion spread out beneath the sky
soft wind on the mountain top land before my eye
a woman and a child sleeping deep beneath the stars,
the softness of their breathing
the pounding in my own heart
– My Religion

More awards and accolades followed including wins at the prestigious Kerrville New Folk Songwriting Competition and the Napa Valley Songwriting Competition. Keith was also invited to help put together a unique music and wilderness festival called The Gathering at Island Lake in British Colombia, Canada. The experience found him living in Canada for a period of time, traveling and performing through out BC and Western Alberta. The festival became a showcase of International artists and musicians sharing the stage with Black Foot and Cree Story tellers, dancers and teachers. Set in a beautiful remote location high in the Canadian Rockies, the Gathering at Island Lake promotes cultural and environmental education and respect.

Yet again settling back into the coastal mountains of Northern California, Keith began recording his second solo album entitled Back To You. A perfect follow up to the lush production of Wind River Crossing, Back To You is a more striped down approach that highlights Keith’s soulfully diverse talent as a singer and songwriter. The album garnered huge airplay by triple A Maverick KPIG and found a live version of the bands “Red Wine Again” featured on the stations Best of KPIG Volume One CD along side artists such as Robert Earl Keen, Joe Ely, Dave Alvin and Dar Williams. The making of Back to You also forged a strong musical bond and friendship between Keith and multi-talented, multi-instrumentalist, Dayan Kai. Like true west coast brothers, these two artists continue to create a unique and soulful sound, often touring together as a duo.

The critically acclaimed Glorious Peasant (2006) was Keith’s third solo album. This album cemented Keith’s place among the very best singer-songwriters in the business, and quickly became what many have referred to as his signature album. Glorious Peasant, brings together many of the artists from the previous CDs and blends new songs and stylistic excursions into a powerful work with something to say. Simply said, it must be heard, descriptions would fall short…

With the release of Make It Rain in 2010, Keith continued his fruitful collaboration with Dayan Kai, creating an album unique among their contemporaries, and containing some of the songs that helped Keith win first place at the Telluride Troubadour competition. Make It Rain was recorded live in the studio without the aide of click tracks, headphones, and isolation booths. Performances were captured rather than created on warm analog equipment. The result of which is a record sounding as natural as two friends singing on a porch at twilight.

Hallelujah, Hallelujah We’re gonna build a wall
Calloused hands and shifting sands We’ll build that sucker maybe a 100 feet tall
Glare at each other through the razor wire, Laser beams and the burning tires
Coyote goes walking through an empty parking lot,
Everyman gonna judge himself by what he ain’t got
– Hop in the Truck

On his most recent CD Soul Connection Keith worked with some incredible musicians and musical heroes such as legendary keyboardist Bill Payne, well known for his groundbreaking work with Little Feat, Jackson Browne, Bob Seger, Emmylou Harris and James Taylor to name just a few. Making up the rhythm section for 8 of the 11 tracks are Hutch Hutchinson and Ricky Fataar from the Bonnie Raitt Band. Ricky and Hutch have been performing with Bonnie, both live and on her albums, for the last 25 years. Rounding out the electric guitar and slide is Grammy award winner Randy Ray Mitchell. Known for his work with Warren Zevon Mitchell’s slide playing was a major part of Keith’s last CD Glorious Peasant. The recording also features stellar performances from longtime friends and collaborators Dayan Kai, Jim Norris, John R. Burr, Barry Phillips, Jill Knight and Tammi Brown.

Soul Connection was tracked mostly live using predominately analog equipment with the band performing together in a very large room at his own studio in the Santa Cruz Mountains, The CD captures a spontaneity and musicality shared by all involved throughout the sessions. Building upon some of Keith’s strongest writing to date, this record runs deep in lyrical narrative and an old school approach of inspired musical exploration. From The opening mantra of Good Day to the adult lullaby quality of the CD’s closer Close To The Soul a wide spectrum of life lies stretched out between.

No Depression Magazine claims “The verse, chorus, verse, chorus, and out three-minute duration simply doesn’t apply, rather what we have here are, in the main, extemporisations — sublime sonic landscapes if you will — in which the listener can envelop himself.”

Richard Cuccaro, from Acoustic Live in NYC says “Keith Greeninger strides through a rocky soundscape like a creator in command of wind, rain and thunder. His husky baritone is an anchor in a turbulent sea of life. With each successive listen, it seems to get richer and more lush.” also adding “This album in the headphones is going to make life around here a lot more bearable.”

With nothing more than a guitar in hand and a song with a story to tell, Keith completely captivates his audiences. Keith Greeninger is that rare performer for whom people lean forward in their seats, absorbing every note and every word. They just don’t come any more authentic, or humble for that matter…