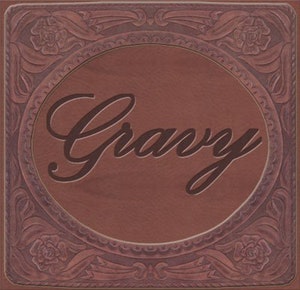 Join us once again for our annual New Year’s Eve Party! We will have family friendly activities until 10PM and re-entry all night, so you don’t have to miss the Pinecone Drop!
First 50 people in the door will get their choice or New Year’s Eve Swag!

GRAVY:
Gravy began as a Wednesday night jam session. Just for fun the guys would listen to all the country classics on old vinyl and would learn the hits of traditional artists writing tunes all along the way. Gravy has played such great events as the Redneck Olympics and The Demolition Derby. You will only find these guys in the dumpiest of dives in Arizona and Colorado, pulling 300 plus fans to their local shows. Gravy won best album in 2005 and best band in 2006 in their hometown, Flagstaff, AZ. Since the release of their first two CD’s, the band has been on something of a haitus only engaging audiences a couple times a year when the guys can get together. Gravy gigs are special events because they are rare. Don’t miss a chance to catch ’em if you can.

STIG is an all-original funk band based out of the great city of Boston, MA. The band was formed in October of 2014 by Ryan and Thommy who grew up playing together in Arizona. With bassist Artie, guitarist Riley, and drummer Jack, we play super funky tunes that’ll make want to get up and dance and keep your ear entertained as well.
QUINN AND THE CONFLUENCE:

Folk rock born out of a small town. Our music captures the sounds of folk, alternative, and rock & roll. Enchanting vocal harmonies and storytelling are the foundation Quinn & the Confluence was built upon.
Share This Story