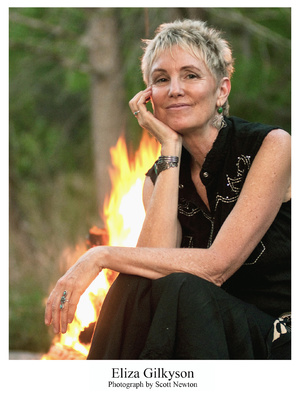 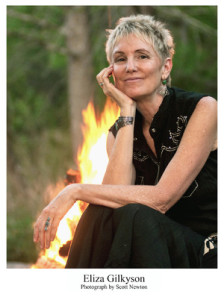 ELIZA GILKYSON
Eliza Gilkyson is a two-time Grammy-nominated singer, songwriter and activist who is one of the most respected musicians in Folk, Roots and Americana circles. Her songs have been covered by Joan Baez, Bob Geldof, Tom Rush and Rosanne Cash and have appeared in films, PBS specials and on prime-time TV. A member of the Austin Music Hall of Fame, she has won countless Folk Alliance and Austin Music awards, including 2014’s Songwriter of the Year.

Eliza’s music has always offered a vivid reflection of the times we live in, full of joys and sorrows, each song a window into a life of struggle and triumph in a world she feels is “poised on the edge of moral, economic and environmental bankruptcy.”

In 2014, she received a Grammy-nomination for her Red House Records release, The Nocturne Diaries. Produced by her son, Cisco Ryder, it is a restless contemplative work inspired by the converging forces of her highest hopes and darkest fears.

On stage, Eliza presents a vibrant mix of laugh-til-you-cry storytelling, political diatribe, love songs ranging from the global to the most intimate, and some of the best support players in the world.

“Whether she looks into darkness or light, Eliza Gilkyson’s vision is impressive, and she’s given us another remarkable glimpse at her gifts as a vocalist and songwriter on The Nocturne Diaries.”
~ Mark Deming, All Music Guide