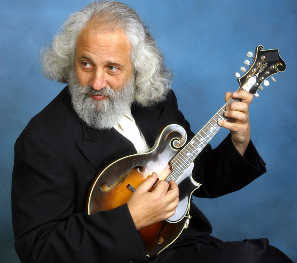 Now in its seventh year, “the Sedona Bluegrass Festival just got bigger and better, “ said Festival director Bert Harclerode. “We’re now a two-day event with multiple activities in advance of and including the June 8 and 9 festival concerts presented Creekside at Los Abrigados Resort in Sedona.

Headlining is the David Grisman FolkJazz Trio featuring guitarist Jim Hurst, and Grisman’s son Samson on bass. Grisman is one of the foremost artists in bluegrass and acoustic jazz who for nearly half a century, has been a guiding force in the evolving world of acoustic music. His musical range is wide and deep, embracing many styles, genres and traditions. An acoustic pioneer and innovator, David forged a unique personal artistic path, skillfully combining elements of the great American music/art forms of jazz and bluegrass with many international flavors and sensibilities to create his own distinctive idiom of “Dawg” music (the nickname given him by Jerry Garcia.) In doing so, he has inspired new generations of acoustic string musicians, while creating his own niche in contemporary music.