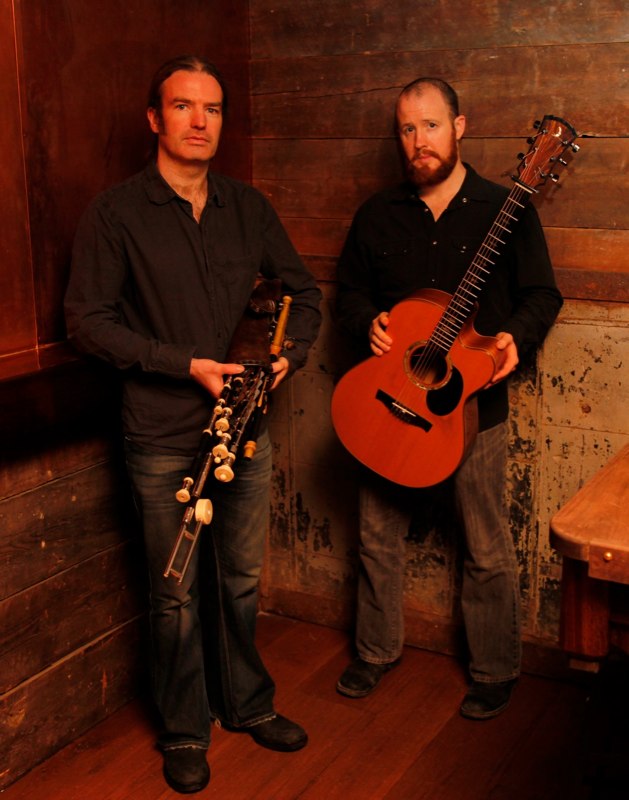 Living Traditions Presentations and Flagstaff Arts Council present the musical duo, Cillian Vallely and Ryan McGiver, in concert at the Coconino Center for the Arts. The concert will take place at 7:00pm on May 14, 2014. The Vallely/McGiver duo features a unique collaboration between two distinguished names in traditional Irish and American folk music: Cillian Vallely (uilleann pipes & whistles) and Ryan McGiver (guitar & vocals).

Armagh native Cillian Vallely established his name over the last decade by playing with award-winning traditional Irish supergroup Lunasa, which the New York Times calls “the hottest acoustic band in the world.”

New York state singer and guitarist Ryan McGiver is known on either side of the Atlantic for his unique blend of open string guitar and breathy, eerie vocals. Over the past decade he has performed extensively throughout North America, Europe, and Asia and his music has been showcased on the BBC, RTÉ Raidió na Gaeltachta, NPR and The Lantern Journal.

Living Traditions Presentations is supported in part by the Arizona Commission on the Arts, which receives support from the State of Arizona and the National Endowment for the Arts and is also supported by the BBB Revenues from the City of Flagstaff and Flagstaff Arts Council. The concert takes place on May 14, 2014. Doors open at 6:30 p.m. and the show is at 7:00 p.m. Tickets are $18 in advance; $20 day of show; and $9 for children. To avoid an online purchasing fee, tickets can also be purchased at the Coconino Center for the Arts or by calling (928) 779-2300