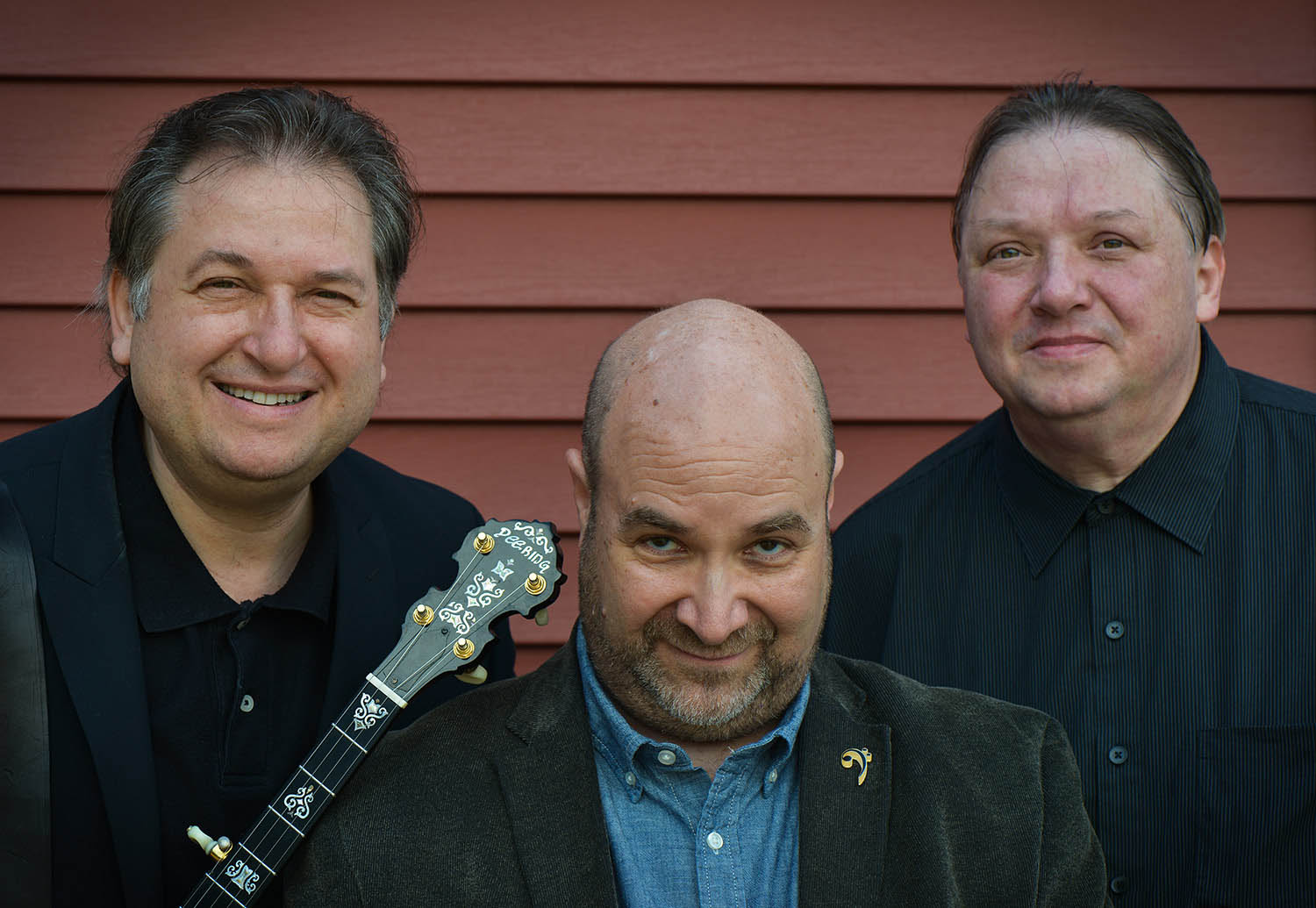 An Evening With The Kruger Brothers 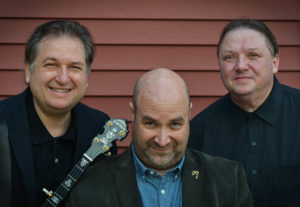 In an ever-expanding body of work, Jens Kruger (banjo, vocals), Uwe Kruger (guitar, lead vocals), and Joel Landsberg (bass, vocals) personify the spirit of exploration and innovation that forms the core of the American musical tradition.
Although initially staying fairly close to a traditional repertoire, the Kruger Brothers later turned to songwriting and composition in order to draw more closely from their personal experiences. The result is a catalog of songs and music distinguished by its rich detail and an insight into the delicacy and complexity of everyday life.

The honesty of their writing has become a hallmark of the trio’s work. Another is the banjo playing and composition of Jens Kruger. Happy Traum has described Kruger as “one of the world’s most musically sophisticated and technically accomplished five-string banjo players.” Steve Martin has described Jens Kruger as “one of the great technicians” of bluegrass as well as “a very expressive player.” Kruger plays in a melodic style that, while it may stem from the three-finger bluegrass style popularized by Snuffy Jenkins and Earl Scruggs, is also differentiated by long melodic passages and a more complex compositional foundation, often building on jazz or classical themes and techniques.

In recognition of his style and skill, Jens Kruger is an inductee to the Blue Ridge Music Hall of Fame (2011) and is the fourth recipient of the coveted Steve Martin Prize for Excellence in Banjo and Bluegrass (2013).

The recording that cemented the Kruger Brothers’ sound and song writing, Up 18 North, was released in 2002 on the Double Time label. Included were a number of tracks that signaled the direction that the band was to take in future projects. The title track “Up 18 North” is an instrumental piece, with banjo clearly in the foreground, that remains a prime example of the type of close ensemble playing that characterizes the trio’s work. The vocal track “Carolina in the Fall” is an early example of the very personal, resonant, and mature song writing that they continue to this day.

Most recently their music has ventured further into the themes and forms of classical music, most obviously in their 2011 release, Appalachian Concerto and the 2015 release Lucid Dreamer. Through their numerous CD releases, radio and television performances, workshops, and collaborative efforts, the Kruger Brothers continue to provide a unique voice in the world of folk, Americana and classical music.