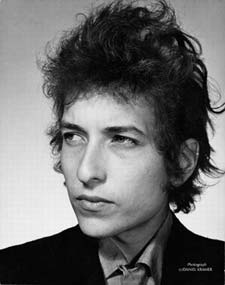 Bob Dylan turns 75 on May 24th and he’ll be celebrated in song and spirit at the 11th Annual Bob Dylan Birthday Concert on Saturday, May 21, at 7:00 pm, at the Old Town Center for the Arts in Cottonwood.

This year’s “Bob Bash” will be a departure from the previous years’ formats, with a central theme to the evening’s music instead of a general potpourri of Dylan music. The concert will commemorate one of the most important events in the history of rock ‘n’ roll – Bob Dylan “going electric” – and will feature the songs performed by Dylan both at the 1965 Newport Folk Festival and in the subsequent and ground-breaking album, Highway 61 Revisited.

No, Bob may not be there, but this year’s program once again features some of the best musicians in the area, including Frank Robinson, Don Whitcher, Gregg Gould, Hutch Hutchinson and Gino Romeo, with a special appearance by Gary Simpkins and Mike McReynolds. And of course, concert series founder, Joe Neri, who shares the same birthday as Dylan.