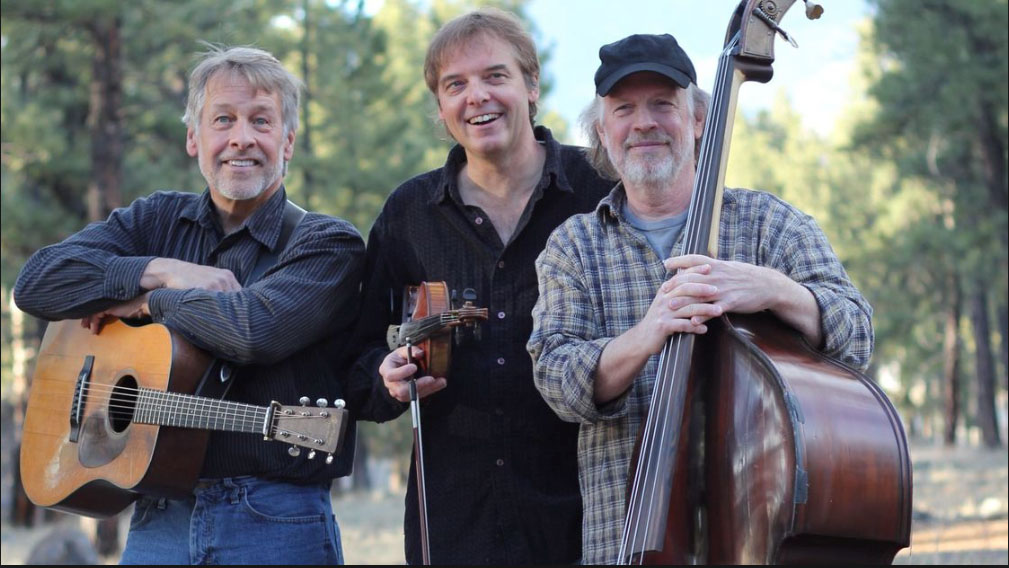 By Chris Brashear
In 2014, we received a song writing residency from the Museum of Northern Arizona. Our goal was to create new songs that capture a little bit of the history and incomparable beauty of the Colorado Plateau and associated regions of the arid Southwest.  We read books and articles, drew from personal experiences and family histories, and cultivated ideas from museum archival photos and paintings. The Colton House provided comfort and inspirational space. Three songs pay special tribute to a dear friend: pioneering musician, river rat and conservationist, Katie Lee.  This collection includes personal tragedy, love lost and found and some good-natured fun. Mostly, we hope these songs are sung, played and shared on your river trips, hikes and other wanderings in the Grand Canyon or other special places in the American Southwest.

The Flagstaff Friends of Traditional Music deserve special thanks for their financial commitment to this project and to the arts in northern Arizona. This musical program was first presented at the Pickin’ In The Pines Bluegrass and Acoustic Music Festival in Flagstaff, Arizona in 2014. Thanks also to the High Mountain Hay Fever Festival, Ron Thomason and Mike and Betty Headrick. To all the individual contributors to our Indiegogo fundraiser, we thank you for your support and encouragement.

We want to thank all the staff at the Museum of Northern Arizona for their generosity and support for this project. Special thanks go to Carrie Heinonen, Robert Breunig, Karen Enyedy, Shannon Benjamin, Cristen Crujido, Anne Franke and Rachel Eubanks-Rhoades. Our love and thanks to Betsy Krause, Hollis and Luca Brashear; Sandra Phillips; Lee, Tom and Annie McLaughlin; Pete Eckerstrom, Ann-Eve Pederson, Susan Holden and Andrea Barraclough.  Thanks to Al Perkins, Charlie Cushman and Charlie McCoy for their instrumental contributions; to Fred Carpenter for lending the viola; and to Bill Cashman at the Cavern Recording Studio in Tucson, Arizona for video and recording assistance on Katie’s Tune.  Julie Sullivan was our Athena, providing energy, strength, wisdom and resolve. Her vision and guidance are the reason this project came to fruition. Recorded February 21-27, 2016, at the Colton House at the Museum of Northern Arizona, Flagstaff, Arizona Engineered, mixed and mastered by Todd Phillips. Additional recording at The Nashville House, engineered by Todd Phillips. Graphic design by Julie Sullivan. Photos by Diandra Markgraf. Advanced CD purchase:  www.chrisbrashear.info 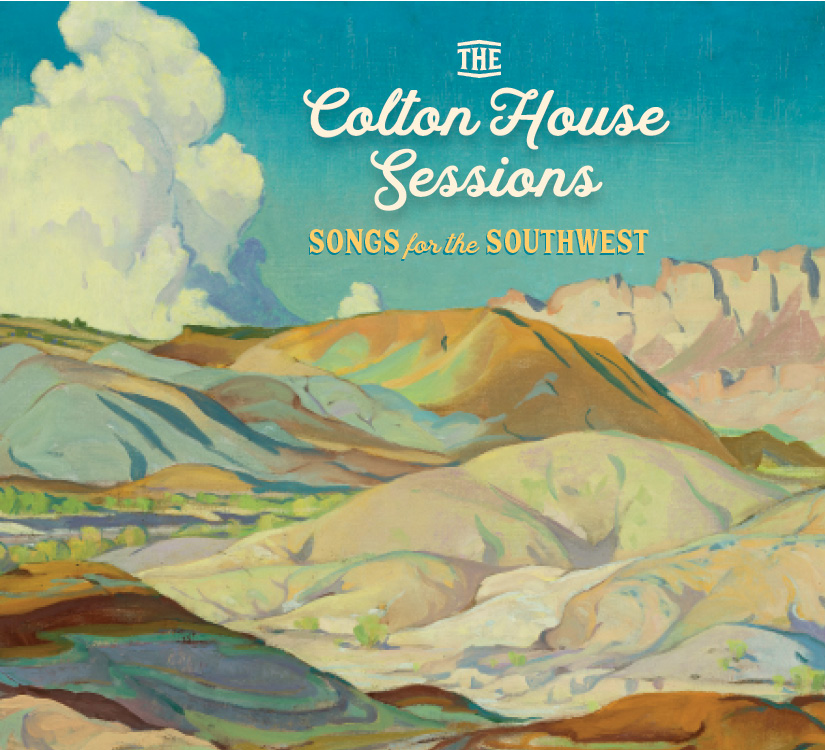 The final recording was made in the Spring of 2016 at the Colton House, and is currently being mastered in Nashville, TN by grammy award winning producer, Todd Phillips. Beacause of a generous grant of $2200 from Flagstaff Friends of Traditional music the CD completion is a reality and will be released in time for the holidays! Please help us continue to support this project. The creators of this project have put in considerable effort and money out of their own pockets to make this real. We are still seeking donations to pay for promotional materials, and to recoup travel costs. FFOTM is the fiscal agency and you may mail your donations to FFOTM, PO Box 23366, Flagstaff, AZ 86002 and put Colton House Residency in the memo. Your donation is tax deductible, make checks out to FFOTM.

• For more than three decades, Chris Brashear has been a highly sought-after performer and versatile sideman, singing and playing fiddle, mandolin, guitar, banjo and bass. Since his co-founding in 1988 of the bluegrass band, Kentucky Rose, Chris has earned a reputation as a creative and visceral songwriter. A founding member of a super-group of bluegrass musicians in Perfect Strangers (featuring Jody Stecher, Peter McLaughlin, and former Bluegrass Boys Bob Black and Forrest Rose), he was also the fiddle and mandolin player for seven years with Robin and Linda Williams and Their Fine Group. He has performed for over twenty years with long-time collaborator and champion guitarist Peter McLaughlin. Chris’s most recent album, Heart Of The Country, was produced by Grammy Award winning producer Jim Rooney. Chris also tours with the Piedmont Melody Makers, a group that includes Alice Gerrard, Jim Watson and Cliff Hale. The culmination of a creative writing project through the Museum of Northern Arizona and the Flagstaff Friends of Traditional Music (FFOTM) is the recording The Colton House Sessions: Songs for the Southwest, the upcoming 2017 release from Chris Brashear, Peter McLaughlin and Todd Phillips.

• Peter McLaughlin is an acclaimed guitarist, songwriter, vocalist, recording artist and music instructor residing in Tucson, Arizona.  He lived in Flagstaff for ten years during the 1970’s and 80’s and his passion for canyon country and the Colorado Plateau region shows clearly in his songwriting.  Peter plays many styles, but specializes in acoustic flatpicking and fingerpicking guitar techniques.  He was born in Washington D.C. and his family’s roots are in Scotland and England by way of Virginia, West Virginia and North Carolina.  From and early age, his parents, Bill and Nancy McLaughlin, brought music into the lives of Peter and his brother David.  In 1988 Peter won the National Flatpicking Guitar Championship in Winfield, Kansas.

• Todd Phillips is the bassist of choice for many of the most innovative, as well as traditional,acoustic instrumental and bluegrass recordings made since the mid-1970s. A two-time Grammy Award winner and founding member of the original David Grisman Quintet, Phillips has made a career of consistently performing and recording with acoustic music’s finest and most creative artists. His tone, timing, and subtly intricate bass lines make him one of the few real stylists on acoustic bass, and he is among the very best practitioners of the instrument on the scene.